David Hilliard, former chief of staff of the party, gave a rousing speech about organizing. Former party members will also speak at Laney College tomorrow afternoon from 4 to 6 p.m. to talk about their 10 point organizing principles.

"I bet Huey Newton is smiling on us right now," said a young man who took the microphone, before reading out the ten points, including housing, education, health care for black, poor and oppressed people, an end to police brutality, an end to wars of aggression and several others.

A woman in the crowd stood silently with her fist raised in the classic Black Panther pose.

This was not an unplanned, spontaneous appearance. It was promoted in advance by OccupyOakland.org: 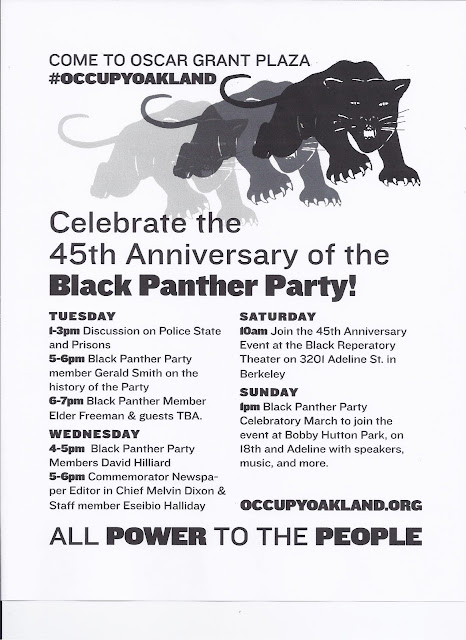