Looks like the TSA's debut of its spiffy, heavily armed VIPR (Visible Intermodal Prevention and Response) teams in bus and train stations, as well as the scattered deployments along U.S. highways may have backfired.

An Inspector General's report suggests the VIPR roll out has been rolled back for, among other things, a behind the scenes public relations makeover:

After initial deployments, partners and stakeholders describe VIPR Program
engagement as regrouping and communicating better through more meaningful
outreach to police departments, transit agencies, governing boards, and other
entities. A stakeholder described the new outreach as thoughtfully done, as
stakeholders are now engaged and included in discussions of potential
operations within their systems. As a result, most partners and stakeholders said
they value the program as a force multiplier and an extension of their security
assets, and describe the teams as professional, willing to work and take advice,
flexible, and responsive to partner and stake holder needs. However, some
partners and stakeholders remain hesitant to reengage with the program after
their initial experiences.

Sounds like TSA VIPRs were about as heavy handed or non-diplomatic with local law enforcement and public transportation entities as their cousins who staff the nation's airports are with the flying public.

But just because you don't see them or hear about them, don't think VIPRs have gone away. Congress keeps shoveling more money at the program, and TSA expects to have 37 VIPR teams up and running by September 2012, according to the OIG report. 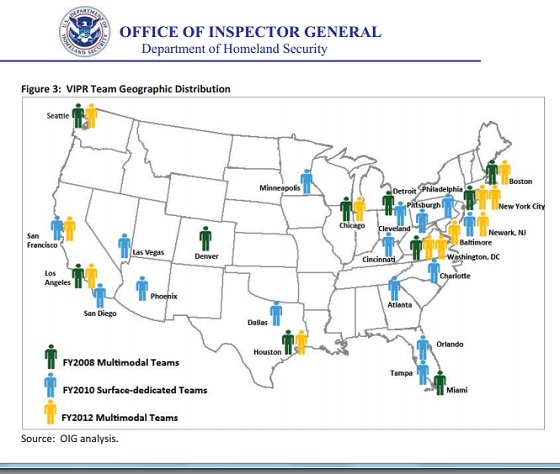 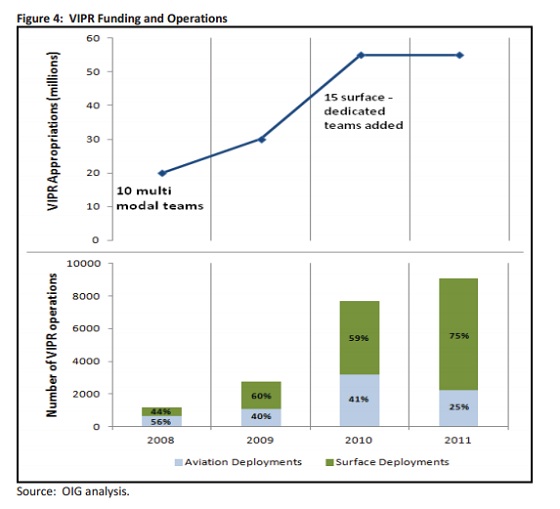