Kicking the can down the road...

New rumbling about a plan to end the government shutdown sounds like more can kicking...

From the Wall Street Journal:


The latest proposal would reopen the government at current spending levels until Jan. 15 and extend the federal borrowing limit until early February, according to aides familiar with the talks. 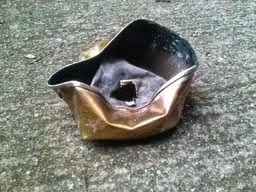 Keep kicking the can down the road. More pretending that government will get serious about its spending problems tomorrow. Or next month. By January at the latest.

We lose a little more shape, a little more structural integrity with each kick. How much more kicking can the American "can" take and remain recognizable?

Update: Subsequent reports say the White House immediately rejected the proposed plan. Guess we have to wait a bit longer for the next kick.
Posted by Doug Rink at 8:30 AM