Here's an example of an English course (aka Language Arts in many schools) worksheet under the new Common Core curriculum. 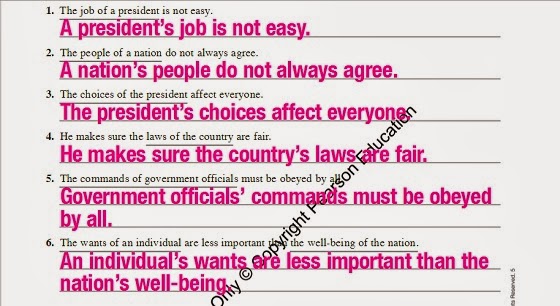 The message here is targeted toward fifth graders. But Fox News notes:


The job of making sure laws are fair is not the president's, but the judicial branch's. The executive branch's duty is to administer laws. And the example that places the well-being of the nation above the "wants of an individual" appears to run counter to the basic principles of the Bill of Rights.