Lots of gloom and doom in my Monday morning reading. Actually, I'm delighted. It's increasingly obvious that we're living in an age of economic decline. I'm glad more voices reflect the new reality. 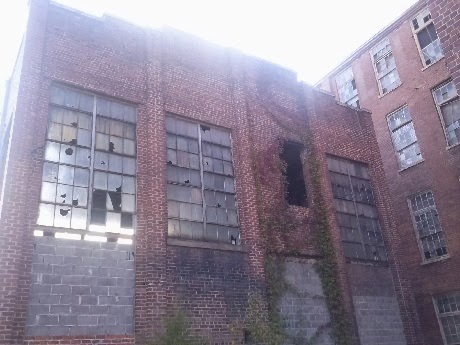 Here's an interesting premise: As America unravels, its stock markets may remain a safe haven.

So suggests Larry Edelson at Weiss Research's Money and Markets:


Yes, I know, it makes no sense. If America is on the decline, how can stocks go higher? Well, it’s actually simple. Most companies in America are in better financial shape than our own government.

While Edelson makes the argument that stock holdings are largely seen as non-confiscatable, he sidesteps the possibility of government seizure of corporate assets in a major economic emergency. Still, I'm intrigued by his hypothesis for the short and intermediate term. Worth a read.

Jim Kunstler is also heavy on American gloom and doom in his blog offering today. I often disagree with his politics and parts of his peak-energy hypothesis, but the last paragraph in today's essay likely has a lot of short term validity for today's huddled masses:


If you travel around the upper Hudson Valley, north of Albany, where I live, you would see towns and landscapes every bit as desolate as a former Soviet republic. In fact, our towns look infinitely worse than the street-views of Ukraine’s population centers. Ours were built of glue and vinyl, with most of the work completed thirty years ago so that it’s all delaminating under a yellow-gray patina of auto emissions. Inside these miserable structures, American citizens with no prospects and no hope huddle around electric space heaters. They have no idea how they’re going to pay the bill for that come April. They already spent the money on tattoos and heroin.

We had a $500 utility bill last month (just one month) as we dealt with record cold. We can handle it (short term). But  many who live paycheck to paycheck are being hammered hard this winter; especially in areas that have had back to back months of snow and ice. They'll have to incur more debt, nix those summer vacation plans, or make cuts elsewhere to cover the gap.

Don Dickinson shared some unique thoughts on economic decline and collapse with me over the weekend. I want to digest them further before blogging under a separate heading.

I expect this week's Don and Doug webcast will be heavy on digesting some of these latest thoughts and data points that steer toward steep decline.