Time to get nostalgic?


Now that Russian state TV has started tossing out terms like radioactive ash, maybe it's time to revisit some of the texts and entertainment of the Cold War era. 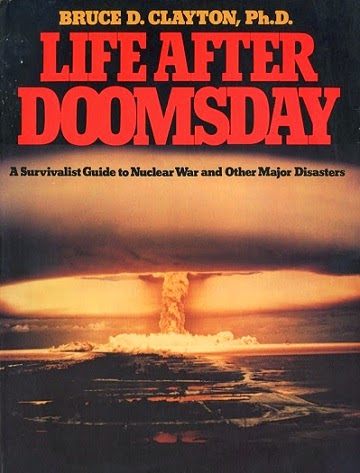 As far as texts go, this was a classic...

Brevard Community College in Florida used Life After Doomsday as the textbook for a class on surviving nuclear war in the mid-to-late '80s.

Do I think nuclear war is imminent?  No.

But I also think the political leadership and military pros of the Cold War era were far more competent than the touchy-feely progressives running our side of the show today. History's full of wars started by accident, misunderstanding or misinterpretation.

The basics of nuclear war mechanics and survival strategies, once a staple of American media and taught in public schools, no longer gets much mention, let alone serious treatment today.

Speaking of Cold War classics, here's another: An edited version of the TV miniseries The Day After. Available on disc from Netflix. Someone's also loaded it on YouTube. Check it out not only for its nuclear war scenario, but also if you're curious about what 1980s "blockbuster" TV looked like.

Here's one more from the dusty book shelves: Alas, Babylon. One of the earlier novels focused on surviving a nuclear apocalypse, I actually saw it on a public high school summer recommended reading list just a few years ago. Florida's changed a lot from the rural settings described when the book written in the late 1950s. For example, there was no Orlando International Airport; it was McCoy Air Force Base back then.
Posted by Doug Rink at 12:30 PM