Danny Porter, chief prosecutor in Gwinnett County, Ga., said he has tried to entice dozens of suspected cartel members to cooperate with American authorities. Nearly all declined. Some laughed in his face. 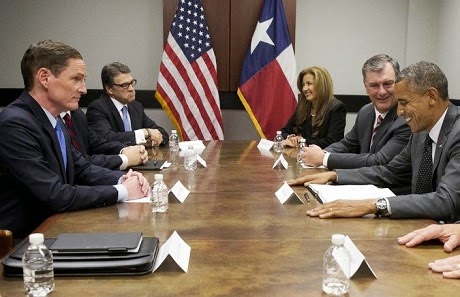 Meanwhile, we now have a president who laughs when told of a crisis on the U.S. border.


What does Obama think is so funny?
Posted by Doug Rink at 10:05 PM