How much damage can one man or party do in four years? 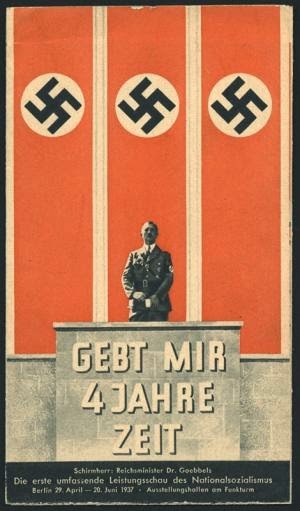 An old leaflet. Caption below the image says, in part:

The first comprehensive industrial fair of the National Socialism


Germans may have been satisfied with the first four years of their National Socialism experience,
but by the end of the next four, Germany's National Socialists had initiated a series of international conflicts that became World War.
Posted by Doug Rink at 11:29 AM