Yes, this is an official White House photo 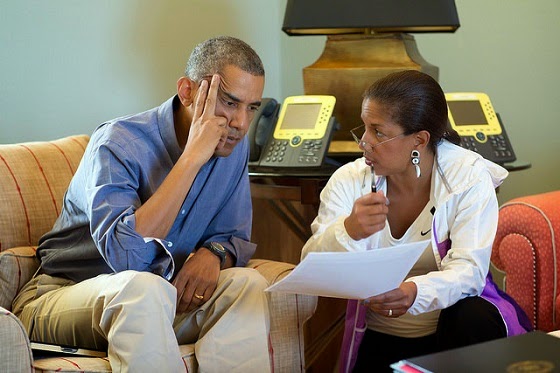 The president appears lost in some distraction. Maybe his last golf game.

Mr. Obama appears to be almost in pain as Rice tries to lure him back into the role he was elected to fill.

Or maybe Obama's just miffed that those pesky foreign leaders kept him from a photo-op burger date with another single mom.

Update: Rice to Obama: "No silly, you can't do a Vulcan Mind Meld on yourself. And you're doing it wrong anyway."
Posted by Doug Rink at 4:31 PM