Chilly day in suburban Atlanta. And the TV weather dude had a glimmer in his eye as he forecast a low of 30 for tonight.

I hit four stores. Struck out at two, hit pay dirt at the others.

Here's what I found:

An older off-brand backpack with aluminum frame. Frame's a small, likely too small for me. I could make it work, but it's probably a better fit for my daughter.  I paid about twelve bucks, including tax. 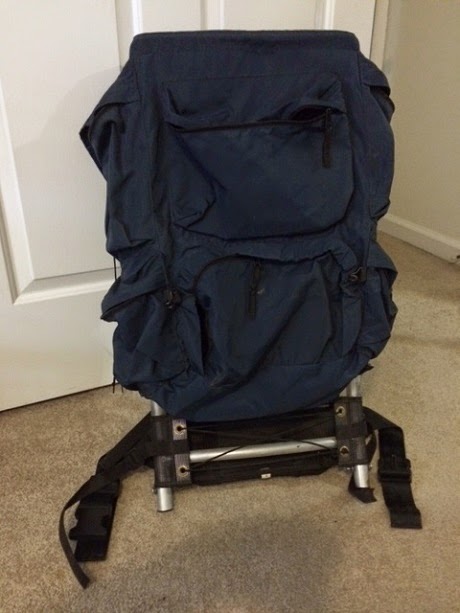 But wait, there's more: The tag said the pack was full, and indeed it was. When I got it home, I dug in, finding, three complete aluminum mess kits, an old style aluminum canteen, and a camp trowel, most the stuff wrapped in the pack's rain cover. There's also a rope to hang the pack from a tree to keep critters (and bears) out. 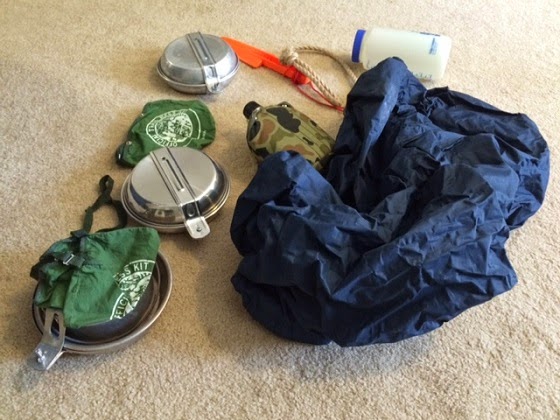 Next stop, not the treasure trove of stop number three, but what I found had potential. Paid $4.99 for it, contents sight-unseen. 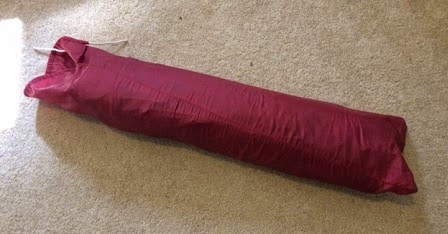 Turns out, it was an older Hillary brand two man dome tent. Unpacking showed it has good poles, but lacks stakes. Clean inside and out, signs of only minor use, no tears or holes, zippers intact and work well. 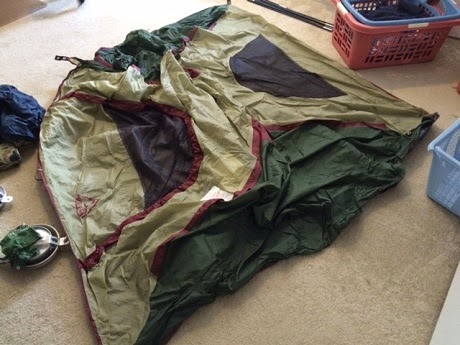 At 5.2 pounds (I initially thought it felt like less), it's not the lightest thing for backpack camping, I could lug it into the woods if I wanted, but I'm thinking it makes a nice spare.  And I like the colors. they go well with Alpenflage (a Swiss camo pattern).

If you're new to camping or prepping, and want to grab some additional gear for cheap - fall's a great time to scout yard sales and thrift stores. I try to go for stuff I can use myself, but if the bargain's irresistible, I'll buy with the intention of swapping later for something I need.

And if my stash of spares gets too big, there''s probably a Boy Scout troop nearby I can donate to.
Posted by Doug Rink at 4:26 PM