This is what "voting Republican" gets you

Time after time in the past year, I heard (presumably) well intentioned Repubicans insist voting Republican would be the key to holding the president accountable, the key to rolling back abuses inflicted by Obama and his progressive cohorts.

They said a conservative pedigree wasn't necessary. The larger Republican Party had the will and a plan to save the country. So-called mainstream Republicans could be trusted. 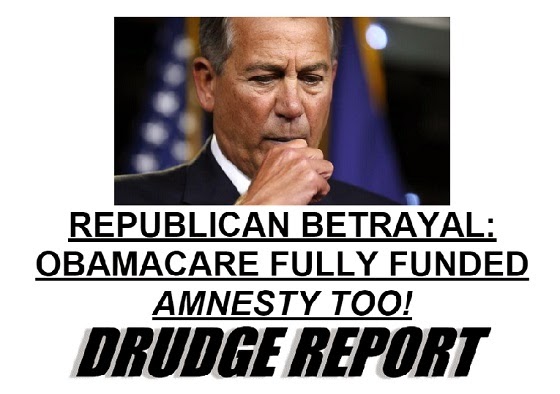 Things go from bad to worse from here.

Government is not only out of control, key players (and may smaler ones) no longer make any pretense of hiding their contempt for those they're supposed to represent.

To quote Hillary Clinton, "What difference does it make?"
Posted by Doug Rink at 6:18 PM