Mona Lisa gets a makeover

And it's probably becoming too close to the truth to accept, so Western Civ attacks the image. 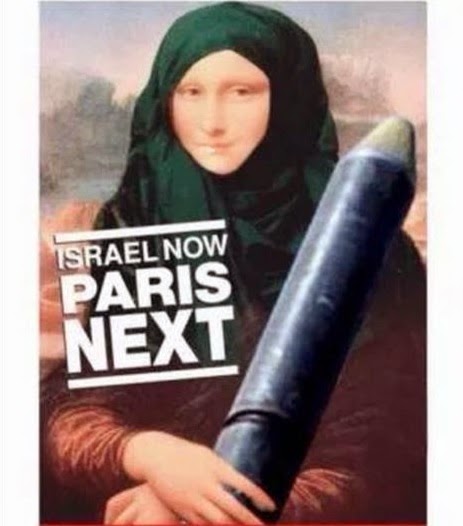 Violence has been cooked into Islam from its very beginning. Those willing to carry out Jihad on its behalf continue to entrench in the Europe and the U.S., both by immigration and native conversion.

On a related note, President Obama has finally made a gesture of solidarity following the attacks in Paris. It's now being reported Obama released five more Jihadist radicals from Gitmo.
Posted by Doug Rink at 7:53 AM