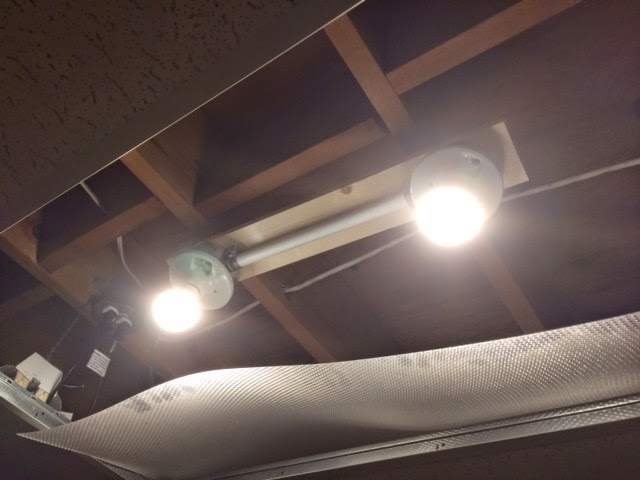 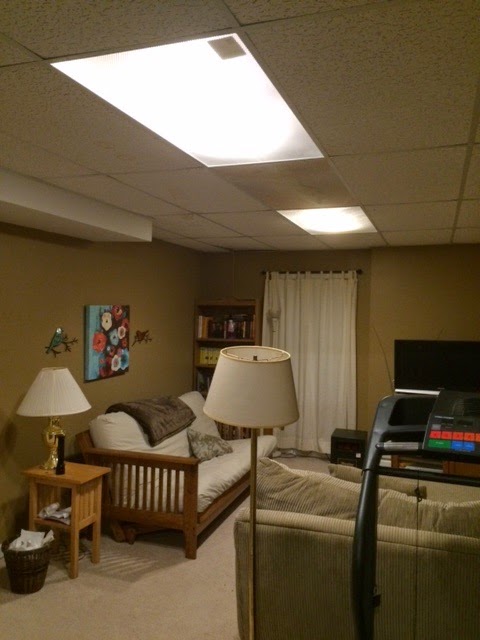 The LED bulbs here are rated as 40-watt incandescent equivalents. I find them every bit as bright as Edison style 60 watters. I initially tried a pair of 60-watt equivalents in this application, but the light was so harsh, it gave me a headache. We pretty much limit 60-watt equivalent LEDs to porch or garage fixtures.

Clarification: These lights tied to the standard household wiring sytem, and are not part of the solar powered system noted in other posts.
Posted by Doug Rink at 10:47 PM