Got away for a few days

Headed for the hills (literally) and did a little camping and sightseeing in north Georgia and just across the state line in Tennessee. 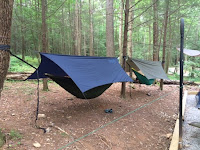 My daughters insisted on "ENO camping," so they spent their nights, including those when it rained, sleeping in hammocks as we camped at a Georgia state park. For the most part, the rainflys kept 'em dry.

We spent a day whitewater rafting on the Ocoee River, and part of another tubing on the Toccoa. Same river, but known by different names in Tennessee and Georgia. We also stumbled across one of the few drive in theaters still operating in America. 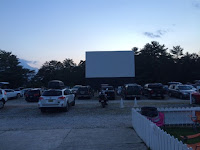 The Swan Drive In has been showing movies in Blue Ridge, Georgia since 1955. We took in Monday night's first feature, Jurassic World.

Not sure which is harder to find these days. An operating drive in theater, or a shop targeting a tourist clientele with Dixie in its name. We found the latter in McCaysville, right next to the Drug and Gun store. 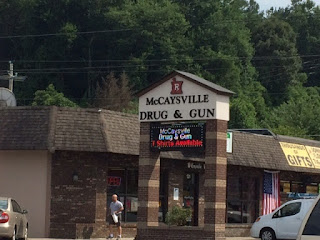 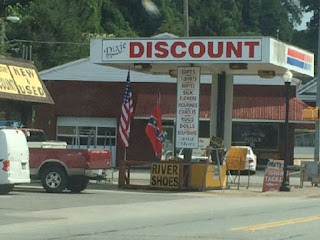