Either someone tore up Obama's credit cards, or the U.S. Treasury's playing some mighty peculiar games.


CNS News notes the U.S. national debt has ceased its expansion, at least by the official count:

By way of VisualCapitalist.com: 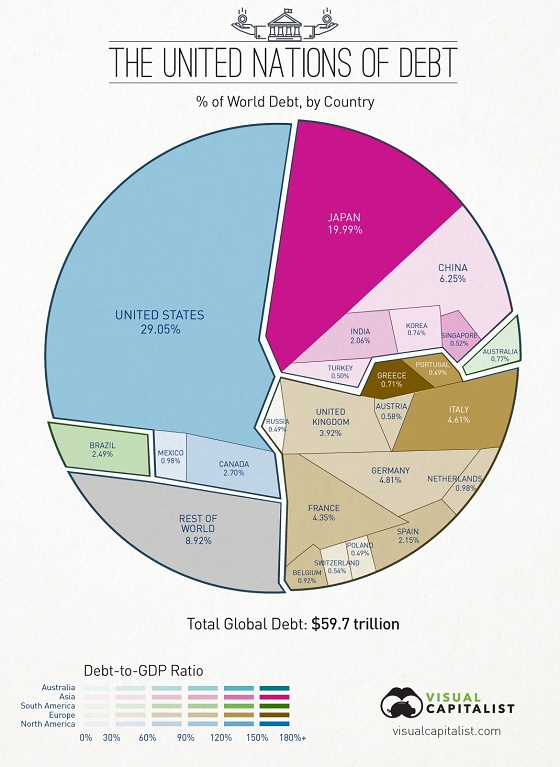 Add the shenanigans China's now playing with currency devaluation, and it's really hard to say how the back half of 2015's are gonna work out, especially if some of these games get away from their handlers.
Posted by Doug Rink at 11:41 PM