How far and how fast can she unravel?


U.S. intelligence has confirmed the Russian government is directing cyberattacks against the U.S. to influence the outcome of our election.
— Hillary Clinton (@HillaryClinton) October 31, 2016

And as seen via Hope n' Change Cartoons: 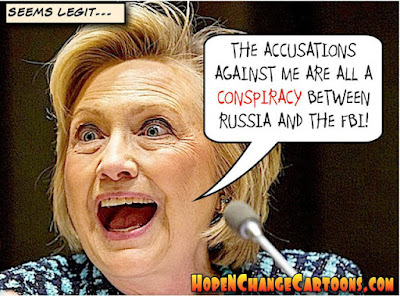 And then there' s the Ragin' Cajun, sounding more unhinged than usual...

When Democrats start bitchin' about bias at MSNBC, you know they're in deep trouble.