There's a compelling video on YouTube where a guy documents his escape from a community where he was surrounded by wildfires. During the video he says a couple times that there was no warning. It wasn't "on the news," he says.

Fact is, there's less local news coverage in some rural areas than there had been in years gone by. 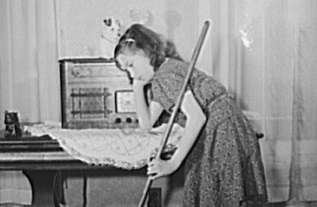 Back in the day of mom and pop run radio stations, in an emergency, local operators would have been on the air around the clock disseminating vital information. Whether they had a formal news team or not.

Today's centralized corporate media has relocated many of the formerly rural FM stations closer to nearby cities. Smaller stations in rural areas are often just jukeboxes playing songs off computer, or playing syndicated talk shows with little actually staffing in the community.

There's also today's phenomenon where many people bypass local media, choosing to be informed or entertained by online, satellite or cable sources that won't break in when there's a local event unfolding.

I can't speak to how local or hyper-local media in or near Gatlinburg or Pigeon Forge performed as fires began expanding to threaten populated areas, but the fast spread underscores why access to local public safety radio frequencies can be vital to keeping the general public safe for those who take the time or effort to be savvy listeners. And if local government leaves those resources in formats the general public can tap into.

I've mentioned before that since coming to the north Georgia mountains, I've dusted off an old '80s era police scanner, and can again hear local public safety agencies.  Sitting here on the mountain, I can hear most every fire call, illegal burn response, or report of downed trees blocking roadways for a two county area. Because I can eavesdrop, I'd likely know if something big was heading my way.

In many communities, often at prodding by Homeland Security, public safety radio coms have been upgraded to include encryption or other means intended to deliberately block citizens from accessing direct information that might save their lives.

In some cases, even media is blocked from eavesdropping on police and fire nets.

Is government's obsession with secrecy in this area really something that's in the public interest?
Posted by Doug Rink at 1:27 PM