Media's all in with the Alt-Left

Here's a deputy editor from Esquire (a Hearst publication): 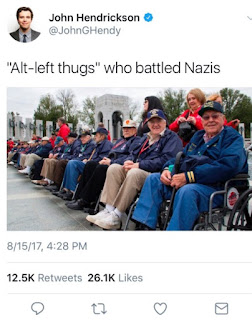 Editor in Chief of The Atlantic: 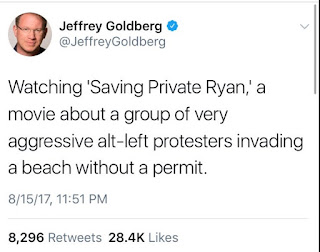 A CNN contributor, and former spokesman for Hillary Clinton: 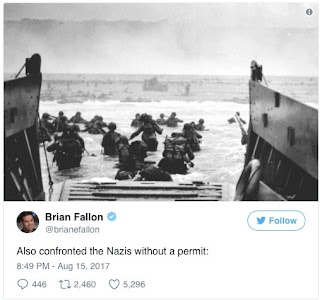 It's been a while, but I've seen self-proclaimed anti-fascist rock and bottle throwers up close. It's sheer madness to dismiss or defend their actions.

And down-right defamatory to our heroes of World War II to make linkage between them and Antifa. These media elite morons can't see the differences between a World War and supposedly civil domestic protest?

Perhaps open war in our streets is what the Alt-Left cheering media is pushing for.
Posted by Doug Rink at 10:11 AM