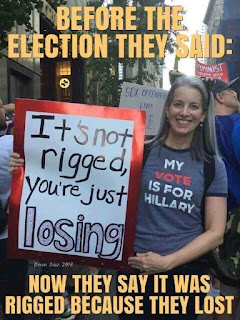 "There is no serious person out there who would suggest somehow that you could even rig America's elections, in part because they are so decentralized and the number of votes involved. There is no evidence that that has happened in the past, or that there are instances that that could happen this time." - President Barack Obama, October 2016.

The Obama quote came two months after Obama's White House told those who advocated for counter measures against Russian hacking to "stand down."

Why isn't Obama under investigation instead of Trump?