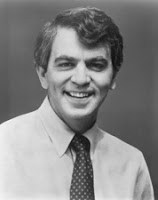 "We must become the party of economic rebirth, of economic nationalism, of economic patriotism... It means reaching out to the business community of America (and) seeing business as our ally against the foreign threat. American business is not our enemy." - Sen. Paul Tsongas, D-MA, April 1991 in announcing his candidacy for the 1992 Democratic presidential nomination.
Ever wonder what America might be like now had the party and the nation took his warnings seriously?
Posted by Doug Rink at 5:06 PM